Serving Floyd, VA for over 35 years 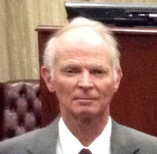 Mr. Profitt has been practicing law for over 35 years. After graduating from the T.C. Williams School of Law at the University of Richmond in 1976, he joined Warren G. Lineberry in March of 1977 to form the law firm of Lineberry & Profitt, Attorneys, Inc., in Floyd, Virginia.  In May of 1987, Mr. Profitt established the law firm of Dale Profitt, Attorney, P.C.   Gino W. Williams joined Mr. Profitt in 1988, and the firm became Profitt & Williams, Attorneys, P.C.  Mr. Williams was elected Commonwealth's Attorney of Floyd County in November 1991 and left the firm to take office in January 1992.  Mr. Profitt continued with a solo law practice under the firm name of Dale Profitt, Attorney, P.C., from January 1992 until September 1, 2007, when Mr. Profitt and W. Harrison Schroeder merged their firms to form Profitt & Schroeder, Attorneys, P.C.   In the fall of 2015 Mr. Profitt returned to solo practice.  ​

Admitted to Practice in the Following Courts:

All Virginia trial and appellate courts,
including the Supreme Court of Virginia
United States District Court for the Western District of Virginia